Call for Applications: Workshop on the Genealogy of Security in the Arab Region 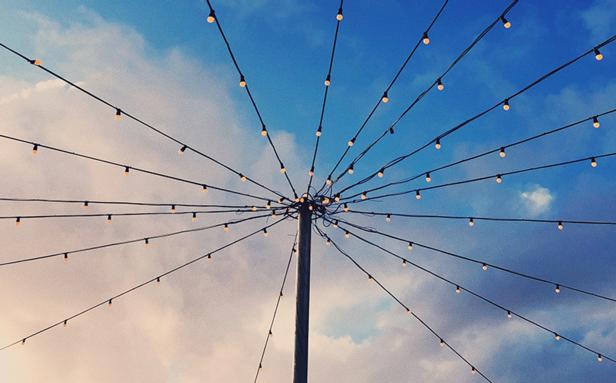 ******* لقراءة هذه الدعوة بالعربية | Lire cette announce en français *******
The Beirut Critical Security Studies Collective, a Working Group of the Arab Council for the Social Sciences (ACSS), has launched the project Genealogy of Security in the Arab Region as part of its research efforts to foster and disseminate critical research on the study of security and insecurity in the Arab region. Led by Bashir Saade (University of Stirling), one of the Working Group’s affiliated scholars, this project seeks to solicit statements of interest in contributions to a special issue of an academic journal.
What challenges do researchers face in studying historical conceptions, ideas, concepts, and approaches have contemporary relevance to the study of security in the region? These are some of the questions that this project is focusing on. The project emerged out of the need to rethink existing, normative ways of thinking about security and to interrogate how critical research is being conducted on the Arab region and its immediate geographic environment. The idea here is to build on previous initiatives while developing “home-grown” approaches to understanding “security” in the Middle East and the Arab world as emanating not just from first-hand knowledge of the region, but from a reflexive understanding developed by scholars and participants who “experienced” different social and political situations through their living and/or researching in the region.
The Arab region does not just offer a peculiar set of political dynamics, a unique scene of state development, state society relations, of international political meddling, developed its own sets of non-state actors, in fact it has blurred the boundaries between state and non-state politics. Last but not least, Arab politics has expanded the range of phenomena that can be thought as influencing security-related dynamics. As a collaborative endeavour we are interested in and seek to encourage work that maps existing archives, memories, and vocabularies that trace the evolution of regional thinkers and theories. Such an effort might explore those who articulated anti-colonial security politics for regional independence and transnational solidarity (Niva 1999; Grovogui 1996, 2006; Shilliam 2015). We seek to read these thinkers against existing CSS schools and/or approaches.
At the heart of these questions lies one main problem: The extent to which “security” is a notion (or conceptual focus) inherited by Western state formation and its modern disciplinary and surveillance modes of related institutional and organizational power. Scholars of the Arab region have first been submerged in “modernist” frame of analysis (Zubaida 1993), struggling to either keep up with this colonial “inheritance” that is the state, understanding the functioning of “weak sovereignties” (Hinnebusch 2002, Niva 1999), it also found itself in a “state of exception” as the Collective argued, due to the incessant wars which dynamics have more to do with postcolonial legacies than with European modern state formation (Tilly 1992).
Research Questions
Is it possible to approach the subject of security unencumbered by those conceptual legacies? Is it possible to look at the state of the state, and “non-state” actors, and its related institutional and organizational actors, not as catching up with a seemingly better political situation but as innovating and developing socio-political dynamics as well as technologies that are specific to the region? How can transnational “solidarities” or alliances be understood in this light? How are they reinventing “the national”? How are imaginaries such as Arab nationalist, Islamists, ‘Ottomanists’, various secular nationalist, socialists and others still shaping the community? What kind of social groups or communities exist today and how do they produce forms of security or stability in light of these political dynamics? What traditions of discourse and practice do they rest on? How are they reinvented or rearticulated according to varying contexts? What and who constitutes the scholarly heritage from the region? How are other discursive materials being borrowed and used performatively from other regions, mainly the west?
Project Goals
We want to invite scholars from different disciplinary backgrounds to discuss the possibilities of:
Submission Guidelines
The Genealogy of Security in the Arab Region project is organizing a workshop on October 19-20, 2019 at al-Akhawayn University in Ifrane, Morocco, to discuss these questions.
The workshop will help develop these ideas and will pave the way for developing full papers to be submitted as a special issue to an academic journal by August 2020. Some contributions will also be published on the Beirut Critical Security Studies Collective’s website, The Beirut Forum, as well as translated into Arabic (if written in English or French) in order to be considered for publication in the ACSS Working Papers Series.
To register your interest, we invite you to send a CV and a research statement of 500 words, which attempts to address at least one of the questions raised in the above, to Jana Chammaa (chammaa@theacss.org).
Submission deadline is August 23, 2019.
Selected participants will be required to submit a 15-page think-piece prior to the workshop reflecting on some of the questions mentioned above and articulating a more personal research agenda.
Submissions are welcome in Arabic, English and French.
The ACSS will cover travel and accommodation expenses of selected applicants.
- Photo by Bruno Figueiredo on Unsplash