Call for Abstracts: Workshop on Ethnography, Religion and Traveling Critique Between Europe and MENA 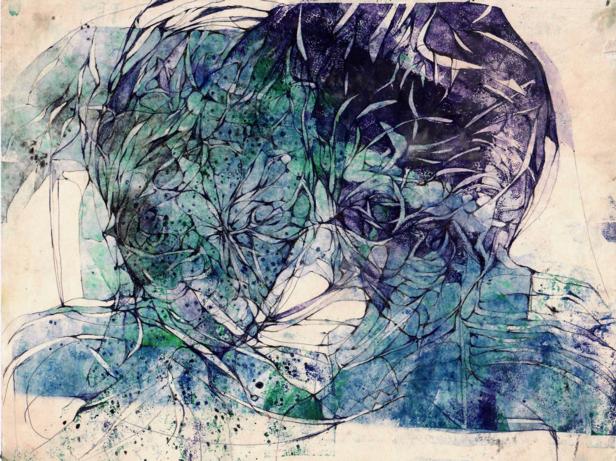 This two-day workshop in Cairo will bring together scholars based in Europe and in the MENA region who have done research in Muslim majority and/or Muslim minority contexts. The workshop invites scholars to reflect, on the basis of ethnographic fieldwork, on how critique travels across religious and geographic difference.

Since 1989 and even more so after 9/11 and the multi-sited and endlessly adaptable “war on terror”, debates among anthropologists about the role of critique in the study of religion in Muslim majority and minority contexts have acquired great political urgency. Much deliberation has centered on the potential political instrumentalization and (mis)appropriation of academic knowledge-production about Islam and Muslims in a context of neo-imperial military, political, and economic interventions in the MENA region, on the one hand; and the rise of ethnonationalist and islamophobic politics in Europe, on the other. The high stakes of these debates suggest the enduring significance of Edward Said’s attention to what happens when theories travel across asymmetrical geographies (Said 1983). Two “strands” of the broader debate may serve to illustrate the ongoing discussions about traveling critique the workshop aims to extend.

Anthropologists who work on gender and religion in both the MENA region and Euro-America have posed important theoretical challenges to essentializing orientalist and liberal-feminist approaches to the experiences and life-worlds of Muslim women’s experiences and life- worlds. One approach has been to deconstruct how dominant framings of Muslim women as victims in need of “saving” (Abu-Lughod 2013), or as threats to secular regimes of power that can potentially be assimilated (Fadil 2018), have lent discursive support to imperial projects in the Muslim-majority world (Salem 2013), as well as to far-right political projects (Moors 2005) and economic exploitation (Farris 2017) in Euro- America.

Other scholars have countered, however, that the transferal of such anti- imperial and anti-islamophobic analytical optics to rights-based and NGO- led feminist advocacy in the Muslim-majority world, does not sufficiently take into account the adaptations of international rights discourses by local actors (Elsadda 2018), ignores the institutional power of patriarchal religious norms and risks stigmatizing already vulnerable activists as facilitators of imperial designs (Schielke 2018; Terman 2016).

A second approach in which the geographical “trajectory” of critique has been vigorously disputed is with regard to the theorization of “secular power” and the kinds of ethical subject-formation it fosters. In Muslim minority contexts in Europe, approaches that “provincialize” secular norms through attention to the cultivation of secular subjecthood (Asad 2003; Bracke & Fadil 2011; Mahmood 2005) have articulated trenchant critiques of dominant power relations constructed and reinforced through racist and islamophobic discourses. In Muslim-majority contexts, where secularity does not have the same emic conceptual purchase, a methodological focus on the “ambiguity” and “incoherence” with which people negotiate a range of incompatible “grand schemes” (Schielke 2015) may be the more counter-hegemonic approach.

Much of the productive tension in these debates results as much from the (institutional) positionality of the researcher and the geographic location of field sites, as from theoretical starting points and methodological approaches rooted in ethnographic practice (e.g. a focus on the agency of state institutions, the negotiations of individuals, or a perspective that seeks to incorporate both). The workshop aims to take positionalities and ethnographic practice as a starting point to reflect on the place of critique in our work.

The “Problematizing Muslim Marriages ” project at the University of Amsterdam would like to take the critical approaches it has fostered to debates around marriage in Muslim minority and majority contexts as a productive starting point for a broader discussion on traveling critique in anthropological practice. Marriage is a key locus for the contestation and negotiation of religious and gender norms, majority and minority identifications and the state’s biopolitics in both Europe and MENA region. Marriage is also a productive site for the formulation of academic critiques of asymmetrical relationships between the state, religion, gender and communal identities - theorizations that do not always travel “smoothly” across geographies and socio-political contexts.

Applicants are invited to reflect on traveling critique from within their own ethnographic engagements with the intersections of ethnography, religion and critique between and within Europe and the MENA region. Do these two regions need to be analyzed and conceptualized separately, or should there be a global framework to bring ‘different worlds’ together?
Questions addressed in the papers may include but are not limited to:
Submission Guidelines
Please send proposals (title, up to 300-word abstract, affiliation, contact details, and a short bio) to Mina Ibrahim (mina.ibrahim@gcsc.uni- giessen.de) by February 20, 2019. The notifications of acceptance will be sent out by March 1, 2019.
Abstracts and presentations can be in English or Arabic.
This workshop is organized by Mina Ibrahim and Rahma Bavelaar and part of the ERC-funded research project “Problematizing Muslim Marriage Practices” at the University of Amsterdam.
Photo: “Connected”, ink on paper, 2017 – Laura Stauth (artist & visual anthropologist)