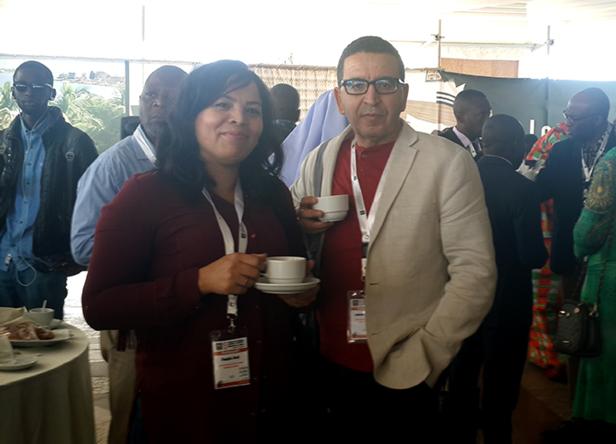 The theme of the 15th Assembly was “Africa and the Crisis of Globalisation” (”L’Afrique et la crise de la globalisation”). The Assembly, which meets every 3 years, was attended by over 340 participants from universities and research institutes in over 30 countries, most of which in the African continent.

At the beginning of the session, Nada Chaya, the Project Leader of the Arab Social Science Monitor (ASSM) at the ACSS, gave an overview of the organization and its mission, showcasing the work of the ASSM, which is an observatory dedicated to surveying the landscape and assessing the trajectory of social science research in Arab countries.

ACSS grantee Fouzia Borj from Hassan II University in Morocco presented her research on the development crisis in Moroccan oases, focusing on the transformation of agricultural practices and the conflicts arising from the managemment of water access in the context of globalization. Her fellow grantee Lahcen Ameziane from the Faculty of Letters and Human Sciences at Mohammed V University in Morocco presented his research on social justice, environmentalism and mega-projects in Moroccan cities.

The papers started a discussion on the impact of globalization on access to and redistribution of resources and space in Morocco in rural and urban settings.